Angell Pets has a tradition of supplying quality natural pet foods, based on the natural diet of the particular animal. We have just increased the range further with the introduction of our own brand APL grain free complete food for cats and natural cat treats.

Cats are obligate carnivores and must eat meat to live a healthy life. The amino acid Taurin is only found in meat and cats must have this in their diet. Therefore healthy cats should be fed a high protein, meat based diet. Have you looked at the ingredients and analysis of your cats food? How much actual meat is in the bag. With some very well known supermarket brands (and virtually all supermarket own brands) the answer is very little. Meat and animal derivatives is not meat. It is whatever is left after you have used the actual meat and the bones and cartilage of the carcass (usually termed “meal”). Often the protein content of the food is made up of wheat or maize gluten (the protein element of grain), a cheap and inferior source of protein, as there is not enough meat protein present.. For more details and a comparison CLICK HERE.

For more information on the range of dog and cat foods stocked go to our Angell Pets web store. 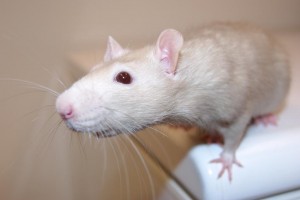 No one is calling for smoking in front of animals to be banned but the relevant bodies are using the timing of the legislation to remind owners that their pets also suffer with smoke in confined spaces; like cars and living rooms.

There is good scientific evidence that smoking does cause an increased risk of respiratory cancers in dogs and lymphoma in cats. Also however birds are very susceptible to airborne pathogens and pollutants. Toxins in smoke from tobacco and other substances regularly smoked will diffuse into water and could then effect fish.

It is now well known that one of the impacts of passive smoking is cancer. Imagine how you would feel if the cancer that ended the life of your own pet was due to smoking. Just one more reason to quit and stop rewarding the directors and shareholders of tobacco companies for killing us (and our pets) off I suppose.